Looking After Yourself & Your Guests

In this months Infomail we will be delving into the murky depths of Health and Safety.


This full article, along with many others, is now available in paperback for £11.99 +P&P from the AMPdj Goodie Store and in eBook format from Amazon for just £5.97

A free preview of the book is also available on-line here.

All profits from the sale of the book will be divided between four charities: 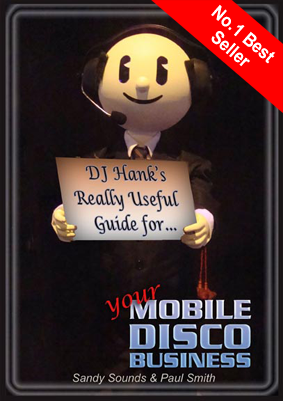 We will be at the following planned event... come along for a chat, pick up some bargains and maybe even a free gift.

Following the massive success of the last open evening in October this one looks set to be as busy with lots of offers, demos and bargains. Supported by AMPdj, Prolight, EV & Dynacord plus DJ Hank may also be there

This meeting will include a look at DMX with a hands on session.

Mon 18th March 2013 @ 8pm Bristol informal DJ meet-up at The Willow Court Lodge, 209 Gloucester Road, Patchway, Bristol, BS34 6ND. Supported by AMPdj (who will be there) & Pro Mobile - come along for a chat - all welcome.

Spaces are limited. More info in our December Infomail and at www.mobiledjconference.co.uk

We'll keep you updated as the show draws closer but in the meantime make a note in your diary as it is earlier than previous years.

You can read what DJ Hank has been up to recently in the next edition of Pro Mobile magazine out in March and follow him on YouTube.

Which channel are you on?

Channel 69 is being sold off by the Government for use by mobile phone operators and the new 4G networks.

So what effect will this have on your radio microphone?

Channel 70 is a licence free part of the spectrum and will continue to be so, however as it is free (& very narrow at just 2Mhz) it is likely to become congested with increased usage and so liable to interference.

Radio mics set to the channel 69 band will no longer work as the signal will be blocked out by the 4G traffic. It is likely that these will be re-tuned to channel 70, adding to the congestion.

Radio microphones now sold in the UK are configured to work on the new 'shared licence' channel 38 (606 - 614Mhz).

A shared licence lasts 1 year, costs £75 and can be used nationwide. Anyone else in the area with a shared licence has equal rights to the same frequencies.

This new equipment will not be usable on the licence free channel 70.

It is still possible to buy channel 70 equipment and avoid the need to obtain a licence however the notes above on interference should be taken into account.

Thanks to AMPdj member Steve St John for supplying this information.

"While on a ladder, never step back to admire your work."

AMPband is launching on 26th Feb 2013 with a great deal for soloists, duos & bands including £10m PLI